Cookie preferences
This website uses cookies, which are necessary for the technical operation of the website and are always set. Other cookies, which increase the comfort when using this website, are used for direct advertising or to facilitate interaction with other websites and social networks, are only set with your consent.
Configuration
Technically required
These cookies are necessary for the basic functions of the shop.
"Allow all cookies" cookie
"Decline all cookies" cookie
Amazon Pay
CSRF token
Cookie preferences
Currency change
Customer recognition
Customer-specific caching
Individual prices
PayPal payments
Selected shop
Session
Comfort functions
These cookies are used to make the shopping experience even more appealing, for example for the recognition of the visitor.
Note
Statistics & Tracking
Adcell Tracking
Affiliate program
Google Analytics
Track device being used
Categories
Information 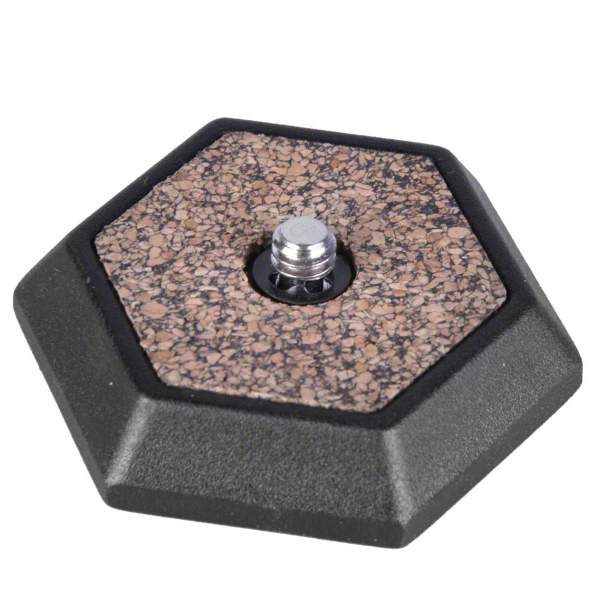 Save your email address and stay informed about this article.

as soon as the item is back in stock
as soon as the price goes down
as soon as the article is available as a special offer
Description Specifications Scope of Delivery Evaluations 0
Description
robust quick release plate with 1/4 inch thread suitable for Walimex pro FW-593 Pro Ball Head... more
Close menu
Product information "Walimex Quick-release Plate for FW-593"

Ideal when using several cameras
Frequent screwing and unscrewing of cameras from the tripod (for example when using different cameras) is often quite time-consuming and annoying.
This problem can be solved by using a quick release plate. These plates are screwed to the camera body via the existing threaded screw (usually 1/4 inch) and then simply remain on the camera.
Via the easy-to-use locking mechanism of the quick release plate on the tripod head, the camera can be easily inserted or released in the tripod head within a very short time.
This Quick-release Plate is especially suitable for the Walimex pro FW-593 Pro Ball Head.

Scope of Delivery
more
Scope of Delivery "Walimex Quick-release Plate for FW-593"
Evaluations 0
Read, write and discuss reviews... more
Close menu
Customer evaluation for "Walimex Quick-release Plate for FW-593"
Write an evaluation
Customers also bought Customers also viewed
Customers also bought
Customers also viewed
Trusted Shops Reviews Toolkit: 1.1.7
This website uses cookies, which are necessary for the technical operation of the website and are always set. Other cookies, which increase the usability of this website, serve for direct advertising or simplify interaction with other websites and social networks, will only be used with your consent. More information
Decline Configure